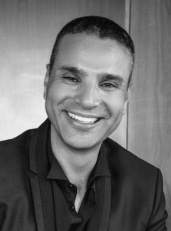 Amir Tsarfati was born in Israel and has lived there most of his life. Since fulfilling his mandatory service in the Israeli Defense Force, he has continued as a major in the IDF Reserve. Amir has been a tour guide in Israel for the last twenty years, and served as chief tour guide of Sar El Tours and CEO of Sar El Tours and Conferences. In 2001, he became founder and president of Behold Israel, which formalized as a non-profit 501c3 in 2014. Behold Israel provides worldwide real-time access to reliable sources of news and information about Israel from within the powerful context of Bible history and prophecy.

Amir is married to Miriam, and together they have four children. His home overlooks the valley of Megiddo (Armageddon) which is a constant reminder of the call that the Lord has placed on him to teach from the Bible what God’s plans are for the end of times.

Illuminati and the One World Government

Antichrist: Who, Where, When and Why

How Close Are We to the Rapture?

The Parable of the Ten Virgins

Why Should Christians Support Israel?

As a Jewish native Israeli who is a Christian, Amir Tsarfati has a distinct perspective that weaves biblical history, current events, and Bible prophecy together to shine light on the mysteries about the end times. From his vantage point in the Middle East and through careful Bible study, Amir points to evidence that informs us the return of the Lord is imminent.

The Last Hour: An Israeli Insider Looks at the End Times

Avoiding sensationalism and date-speculating, respected Bible teacher Amir Tsarfati uses his unique perspective as an Israeli Christian to lead you through a fascinating modern-day description of God’s plan for the end of the world.

Israel and the Church

As the day of the Lord rapidly draws near, we must appreciate God’s plans for all His people. To truly grasp Bible prophecy, we must first understand how God’s promises to Israel compliment His vision for the church. While some believe God has forsaken Israel for the church, this goes against the nature of the faithful Lord we find in Scripture.

Check It Out
Font Resize